We’re just about four hours away from 2018 right now – cannot believe what a year it’s been! Wishing all of you the gratitude and happiness I’ve had in 2017 – even half of it would overflow your hearts.

We left Queenstown and spent a night in Geraldine at a great little Airbnb with 50 acres, heaps of animals, and two deer the girls got to feed, Steve and Squirt. I think the last post had a close-up of Squirt – here’s a picture of the girls feeding her. She was a love, even though she’s not doing what she’s supposed to be doing – which is making more deer babies. 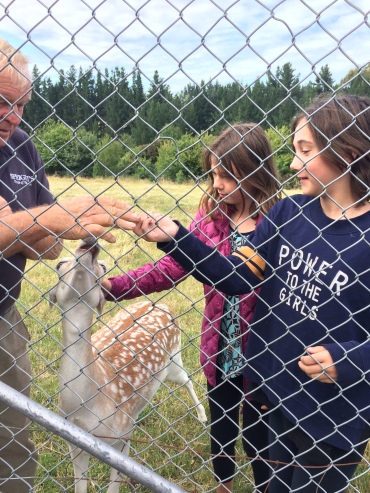 After Geraldine, we went to Akaroa, which is a beautiful little town on a peninsula about halfway down the South Island on the East Coast (the Pacific Ocean). The town is seriously quaint and has a very strong French influence. We stayed above the town at a “bush retreat” place. Um. Oh boy. It was *SERIOUSLY* OFF. THE. GRID. Like there wasn’t a flushing toilet – more like a glorified port-a-potty (or a “long-drop” as they’re called here). Very rustic. Too rustic? Perhaps. I was OK with everything except the bathroom facilities. So I didn’t shower for 2 days. Even after we did an uphill hike. Whatever – NO way I was getting in that shower. BUT – there were cows and bunnies (which the girls ADORED) and chooks (chickens) and amazing views. It was OK for a couple days, but one more day and I would’ve possibly died from dirt. Here are some pictures – it was seriously beautiful and I’m kinda glad we stayed there. It was the girls favorite place, because they were SO in love with the bunnies. 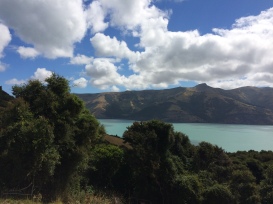 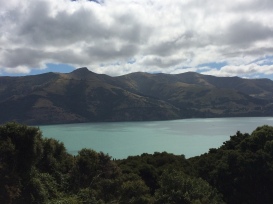 And here are some of the bunnies. I have to admit, the babies (whom the girls named Spot and Chocolate) were seriously cute. 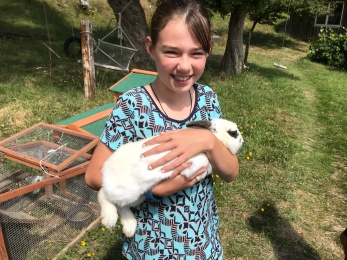 The uphill hike was beautiful, once we finally stopped climbing. Great views of the Akaora Harbour and it was another hike through sheep paddocks. Check out Tatey sitting in the middle of the sheep. She gets so bored when she has to wait for me. 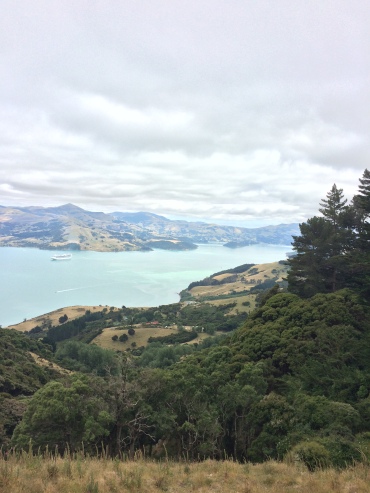 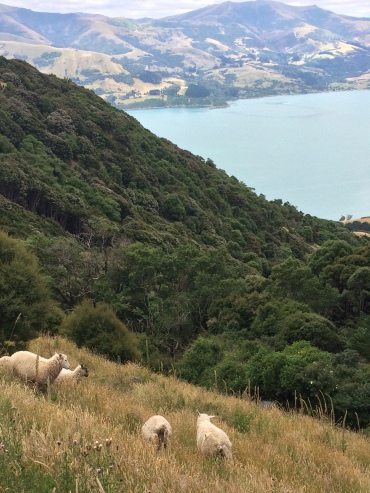 The next day, we went on a dolphin swim with ecoSeaker. The Hector’s Dolphins are the smallest species of dolphin and only found in the Akaroa Harbour. They swim in pods of 2-6 dolphins, so swimming with them is different from anything we’ve done before. You hop in the ocean and they just swim between you. They’re quick and kind of skittish, so it’s hard to get a picture of them, but here are a couple with Gracie, Mark, and me. Tate was out of the water at this point, watching from the boat. 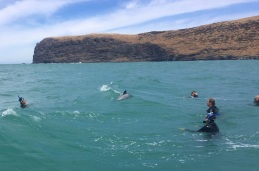 It’s always amazing to see these creatures and watching Gracie, our demi-mermaid, be so captivated by them was great. She had a fantastic time, and Tate ate cookies.

Straight from the dolphin swimming, we got in the car (I felt cleaner than I had in two days) and drove to a very small town called Hawarden. I’m not even sure it’s on a map. An awesome Airbnb on an ALPACA FARM! There were three of them, but only one of them was interested enough to eat out of our hands. Her name was Ellie. She was sweet, very social and I think a little judgy. The other two, Paca and Pepper, could not have cared less we were there. And believe me, we tried to entice them over to us. We showered, grilled some steaks, and enjoyed the view of the mountains in the background of the Canterbury plains. 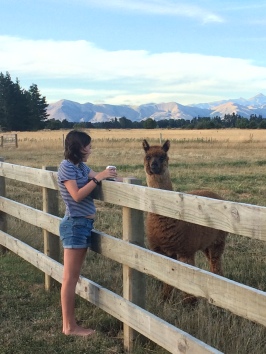 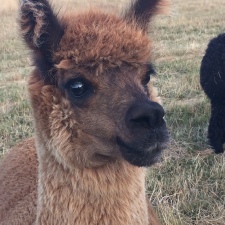 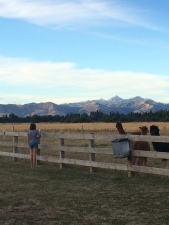 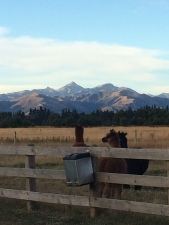 Got in the car this morning and drove north, getting ready for 2018 and our three-day hike through Abel Tasman National Park tomorrow. I think it’s supposed to rain most of the time, which will kind of suck, but I’m sure we’ll find a way to make it fun in spite of ourselves. This is kind of the finale of the trip – I can’t even really wrap my head around that right now.

I think it’s been good that we’ve been traveling and kind of hectic these past several days – keeps me from obsessing about the imminent departure, which I’m still trying to process. I’m mostly in a simultaneous battle between immense gratitude for the experience and profound sadness at having to leave. And then scolding myself for being a baby about leaving – we ALWAYS knew we were leaving on 9th January. What’s my problem?!? It’s just that I had such high hopes for this experience and reality was better. I could not have scripted a better trip. The girls met such sweet and lovely friends, and I desperately hope they stay in touch with these girls. I met such wonderful ladies who included me in their lives and made me feel part of the Herne Bay community. I know I’ve only known them a short time, but I can’t imagine not seeing them regularly. I’m very excited to see my people at home, but will leave with a couple Kiwi-shaped holes in my heart when we go.

So tomorrow we kick off the new year with a 40.km walk (about 25 miles). Not sure we’ve told the girls exactly how long this is, but I know they’ll be glad they did it. I hope. Wishing happiness, joy, and health to all of you in 2018…