Holy cow – so much time has gone by since I posted anything. Sorry about that! It seems like it’s just been a bunch of normal life stuff and not necessarily worthy of a post, but then when I looked back, there has actually been a lot of fun stuff. As per normal here. So to hit the highlights of the last two weeks…

We made a stealth trip to Wellington, the capital of the country, to visit our friend Fr. Walls (who was my 7th grade teacher in Atlanta in case you have forgotten). It was a quick trip, but lots of fun. I didn’t take too many pictures, but here are a couple. 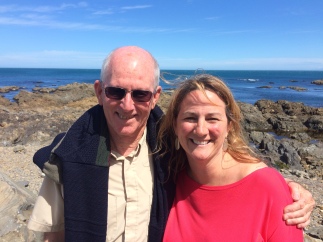 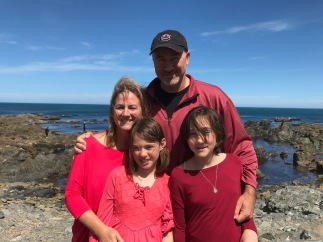 We’re going back again in January before we leave for good and I’ll try to take some better ones with more scenery.

The Monday after we went to Welly (as the locals call it) was Labour Monday (their Labor Day), so the girls had a vacation day. We decided to make the most of it and head down to Matamata, where Hobbiton, the movie set of where the hobbits live in the Lord of the Rings and The Hobbit movies. Tate’s a big fan of the books so this was for her. And it did not disappoint!

The Shire, as it’s called in the movies, is on a private, working farm that is so picturesque. Rolling hills, great scenery – all of it. The set was constructed for the LOTR trilogy, which was released 2001-2003, but – per the contract – was demolished after the movie was done filming. But then, when The Hobbit was made about ten years later, the farm owners reworked the contact to make the Hobbiton set permanent. And it is crazy! We had a great time, even though it was rainy and chilly. We learned about some of the filming tricks, like how the houses had two different sized doors, and the Hobbit characters were only filmed in front of the large ones (to appear smaller), and Gandalf and other human-sized characters were filmed in front of the tiny doors (to appear larger). Clever, eh? 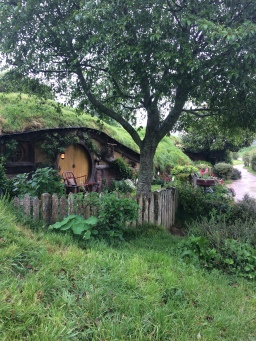 One of the Hobbit holes 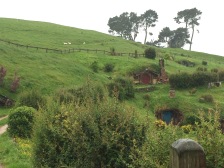 A couple Hobbit holes built into the hillside with some sheep in the background. 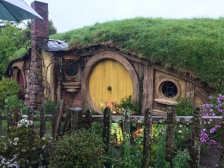 A close up of a Hobbit Hole. 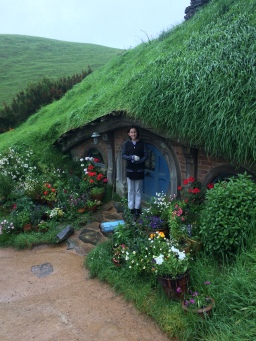 Gracie standing in front of a large Hobbit hole. 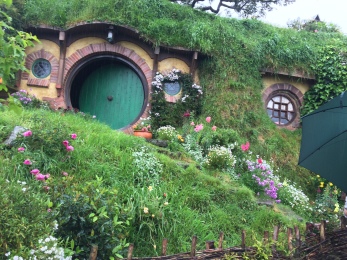 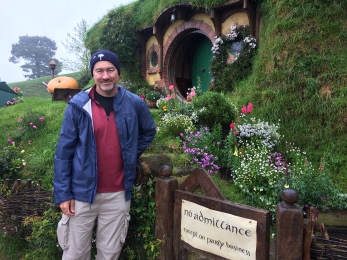 The Professor (whose F3 nickname is Bilbo) in front of his namesake’s Hobbit hole. 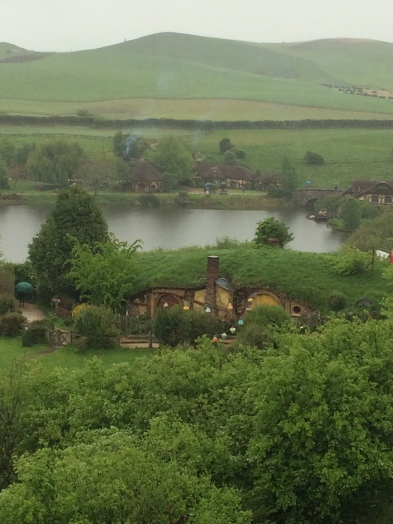 View of another Hobbit hole – this was Sam’s (played by Sean Astin). 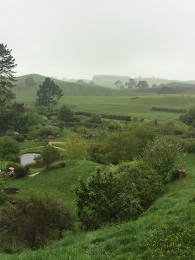 A view of part of The Shire. 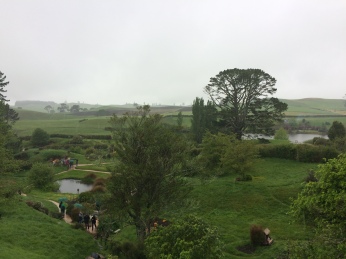 The Party Tree, where Bilbo had his birthday party. 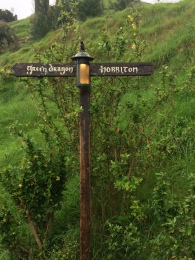 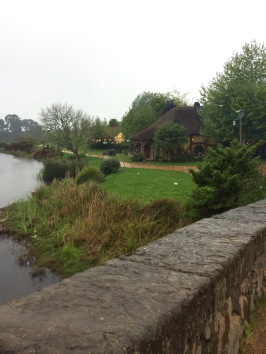 View of the Green Dragon, the pub of Hobbiton. 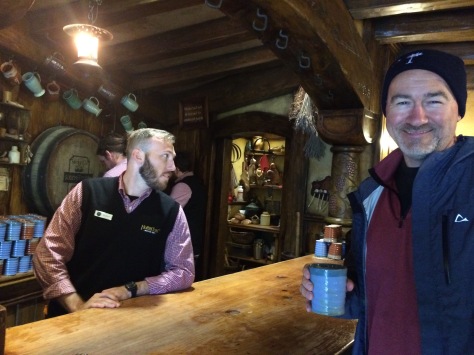 The Professor inside the Green Dragon, enjoying a beer.

The next day, Gracie had her second rugby match. AND WON PLAYER OF THE GAME! I think she might actually know what’s going on. It’s so fun to hear her talk about the positions and strategy. They didn’t win the match – because the barefoot boys they played ran FAST and were great little jukers – but you can see this side of all girls – most of whom are first-time players – improving all the time. Love it. My girl with her trophy: 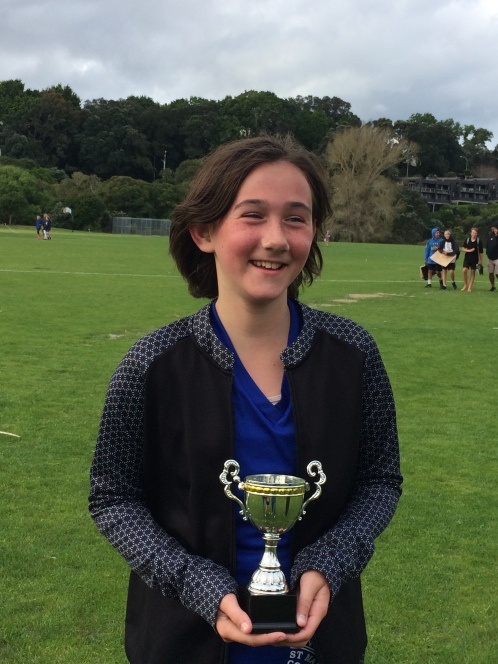 Seriously proud of how our girls have jumped right in (well yes, ok, after we threw them right in!) and just gotten on with things.

Earlier this week was Halloween. We had no idea what to expect, but I’m here to tell you that Herne Bay, Auckland gives great Halloween!! There’s a group of 4 parallel streets who throw a huge block party where people COMMIT to the holiday. For example, a fence with dolls covered in blood. 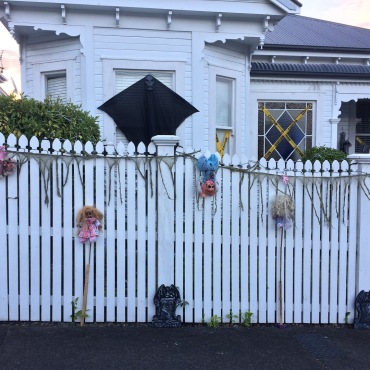 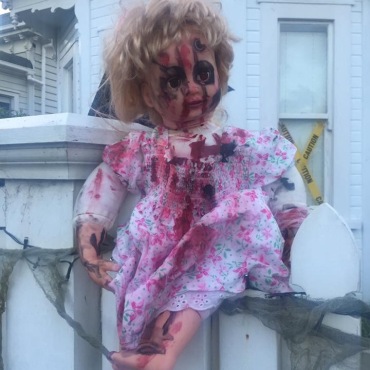 And this poor lady: 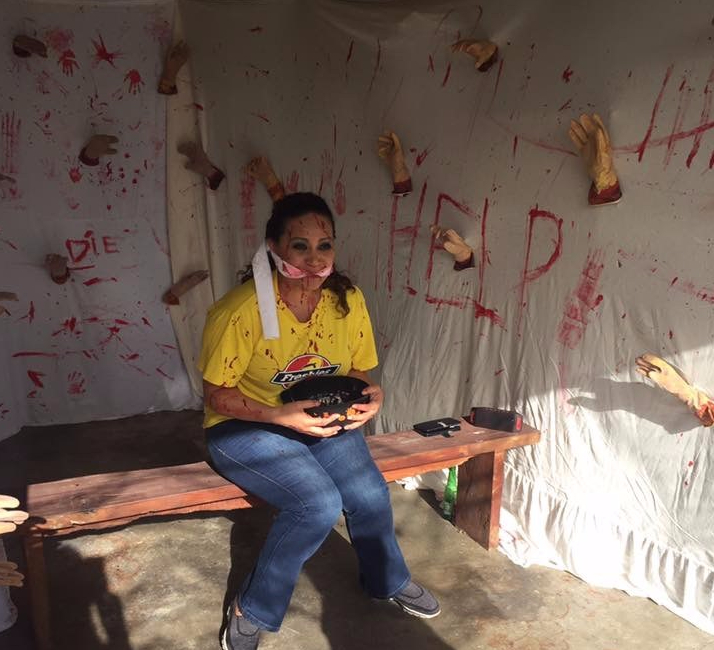 Or a great big spider, just plastered to the front of the house. Although this house was great, because they had a full bar and grilled sausages, too. 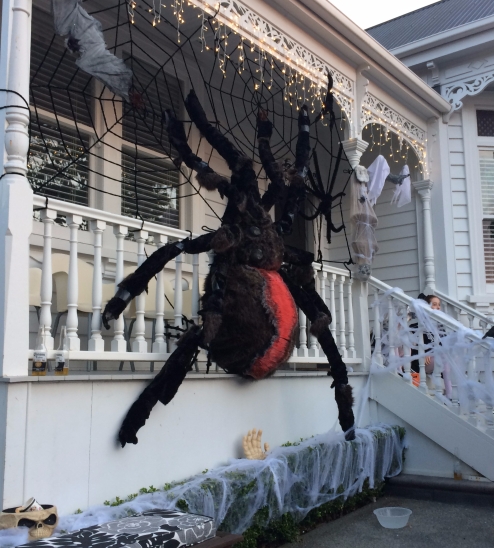 This was the house that hosted the party we went to, and also a picture of Tate as a cup of Starbucks coffee. Insane. Tate trick-or-treated with some friends from school and a very nice mum who took her (who didn’t know who the Starbucks kid was), and Gracie went with friends nowhere near us. I didn’t even get a picture of her. I’m told there was a clown with a chainsaw, but I (thankfully) didn’t see him. 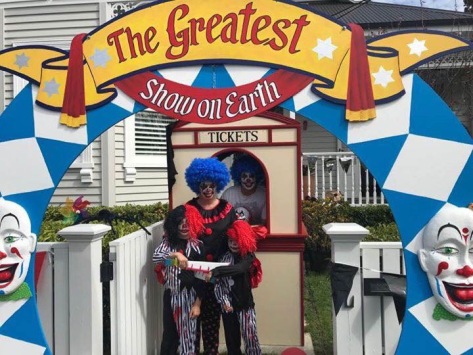 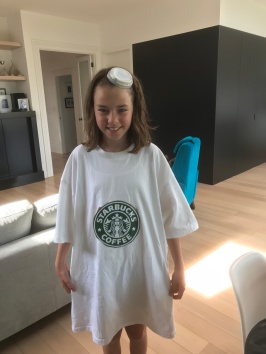 And that’s been about it from here for the past couple of weeks. Weather’s starting to get a lot warmer – but crazy windy. At the beginning of next week, the girls have six more weeks of school in the year – that’s it. Our adventure is way more than halfway over – we leave our Kiwi lives in 68 days. Unreal. So I’ll leave you with two of my favorite views. One from the kitchen looking out at my people in the dining room and lounge – Gracie doing Maths  and The Professor and Tate reading. And one as the girls met up with each other on the way home from school and then promptly ditched me to catch up on their days. 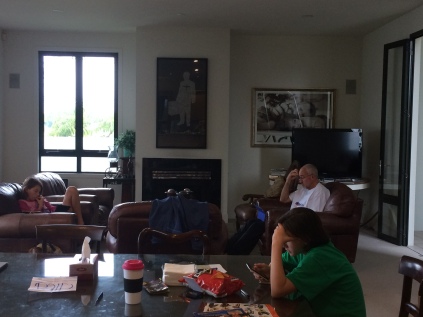 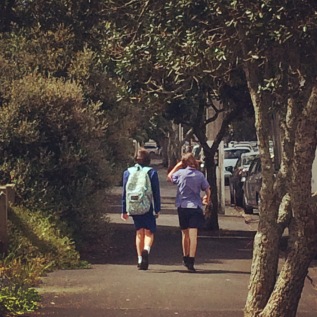 Sometimes I think my heart may explode.

One thought on “Two miscellaneous weeks”