Tuesday, I chaperoned Tate’s field trip to the Auckland Museum. It was awesome. I learned so much and didn’t even lose any of the six girls in my group!

The class was learning about the journey to New Zealand from Southeast Asia/South China (where NZ ancestry can be traced) and the history and significance of the tapa cloth.

So here’s what we learned. The Pacific Islanders can trace their ancestry to Southeast Asia or South China. There are three regions in the Pacific: Polynesia, Micronesia, and Melanesia. Polynesia, which means Many Islands, consists of the Island Nations of New Zealand, Hawaii, Tonga, Samoa, Cook Islands, and some other lesser-known islands. Micronesia, which means Little Islands, consists of Caroline Islands and the Marshall Islands, and some others. And Melanesia, which means Dark Islands, consists of Papua New Guinea, Vanuatu (for you Survivor fans!), New Caledonia, and Fiji. Back in the day, Polynesia was empty, so using the stars, the moon, the birds, and the currents, people found their way to those islands. Much like the story told in the Disney film, Moana. In fact, one of the guides at the Museum was from Tokelau (part of Polynesia), which is the language used in the movie. As a side note, I was impressed to find out that Disney portrayed these cultures pretty well and accurately.

The tapa cloth used to be used for clothing, but now is used and gifted for significant events (birth, marriage, death). It’s made by pounding wood from the Mulberry Tree with the hammer-looking thing, called an ike (pronounced ee-kay). The ladies of the village pound the dickens out of the wood until it’s soft and supple and then smear it with a glue to hold the different pieces together. 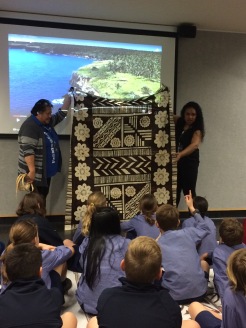 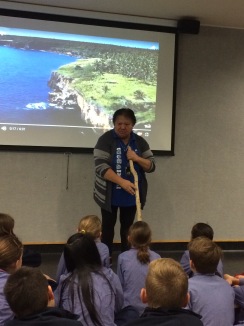 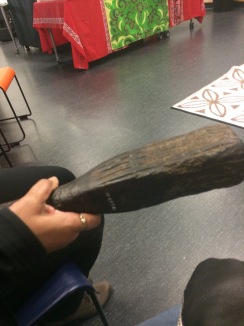 The designs and symbols tell stories from the different villages and making the tapa is a tradition that all the women and girls in the village carry on. What blew me away is that these young girls know all about the tradition and they are proud of the tradition. Girls from Tonga and Samoa knew what the cloth was called in those languages and how they were made. I feel like American kids only know stuff if it happens in Minecraft or can be told with emojis. I loved that everyone was embracing it, not just the kids who come from those cultures. It was great to see.

Then the kids met with the archaeologist, who honestly, looked like a Polynesian Einstein. They talked about the canoes – or wakas in Maori – that people traveled by. Again, the kids referenced Moana, which kind of made the museum people roll their eyes. 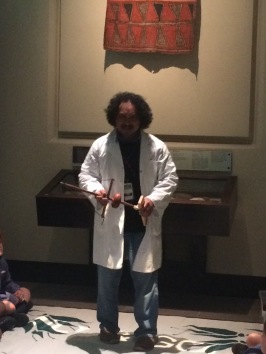 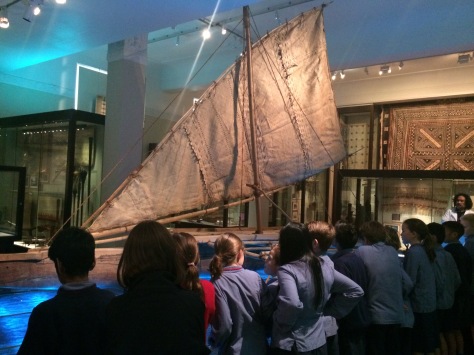 Then the kids tried their hand at old rudimentary drills and sewing up the different pieces of wood. I couldn’t take too many pictures, because they aren’t my kids to share, but I will tell you, they are sweet kids and fascinated by Tate and her weird-talking mum. 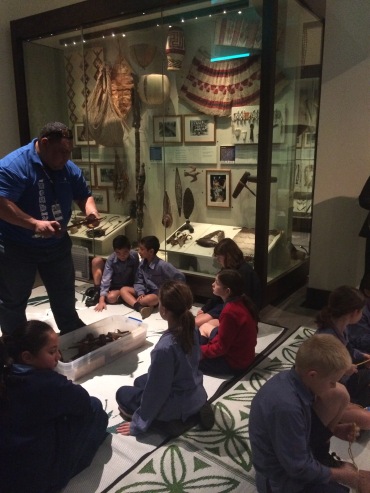 It was a really fun, interesting day. Can’t wait to go back and see the whole museum. There was an exhibit that was focused on Kiwi kids and had old candies they ate, school uniforms they wore, and toys they played with. But the sign above the door was my favorite and *T O T A L L Y* accurate. Kids run wild here, but not in an obnoxious way – in a free, child-like way. The way they’re supposed to. 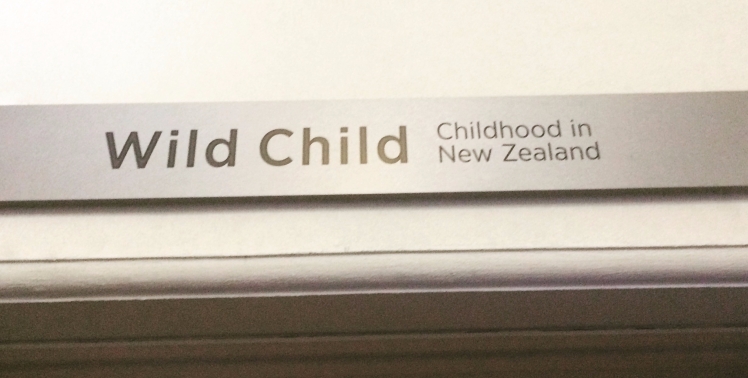 And a bonus picture, because today is the last day of a nice 20% off wine sale at a local wine store. Branching out beyond my normal wines and got some great deals!

We’re heading out to the Coromandel Peninsula this afternoon for a long weekend, because Gracie’s got a teacher workday tomorrow. We’ve booked one of Mark’s and my favorite hikes EVER along the Coromandel Coast. Can’t wait to share it with the girls, because I’m *sure* they’ll love it as much as Mark and I did last year. And won’t complain at all about how long it is.