Last week we lucked out with AMAZING weather – sun, warmth, no rain. It was so beautiful. And SO fun!

In chronological order – not ranked by fun or excitement – the first thing that happened to us last week was that Gracie made the Cross Country team! And she’s not really a runner! At least she hasn’t been until now. I forced her to do Girls on the Run when she was in 4th grade and she may or may not still be holding a grudge about that. But now she’s on the XC team, so I feel vindicated. Her first meet is Wednesday (from 10a-12p, right smack dab in the middle of the school day!), so I’ll find my way down there and watch her run like the wind. Love that she’s doing this.

Early in the week, I met Hannah, our hometown-now-AKL-based babysitter for lunch at one of our favorite places, The Cav. Super cool gastropub with delicious food and a fun vibe. While we were there, she asked if they were hiring, they told her to come in for a trial and now our biggest kid is working at our favorite eatery, right down the road! And it’s close enough where we feel comfortable leaving the girls home, so we don’t even need to wait for Hannah to not be working to pop in!

Friday, The Professor and I popped over to Waiheke Island for a half-day Wine and Barbecue tour. The weather was absolute perfection and the day was just so fun. We took the ferry from Auckland and then visited three wineries on the island. The first, Mudbrick, is one of the oldest wineries on the island and had the most unbelievable views. And yummy wines, naturally. 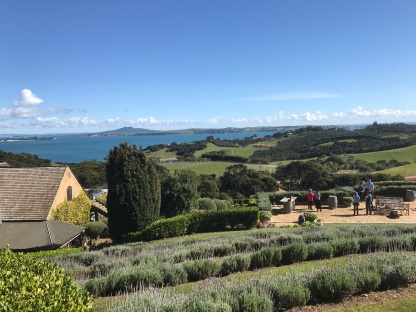 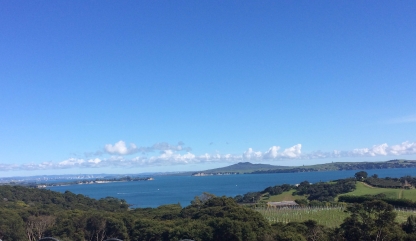 Even Mark, who is not a wine guy, was blown away. I’m hoping the beauty of vineyards will convert him so we can visit wineries more often.

On the way to the second winery, Peacock Sky, we stopped for some more beautiful views. 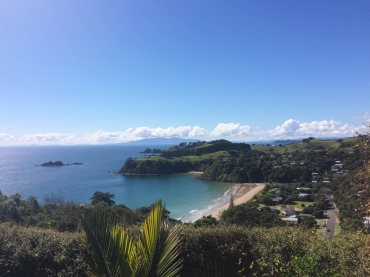 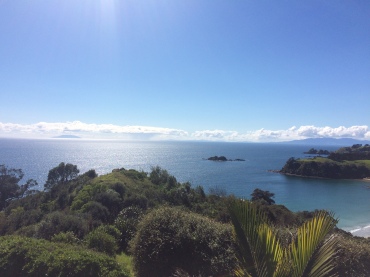 And this winery did a food pairing, as well. It was delicious and so fun (SO! FUN!) to taste how the wine changes with the flavors. 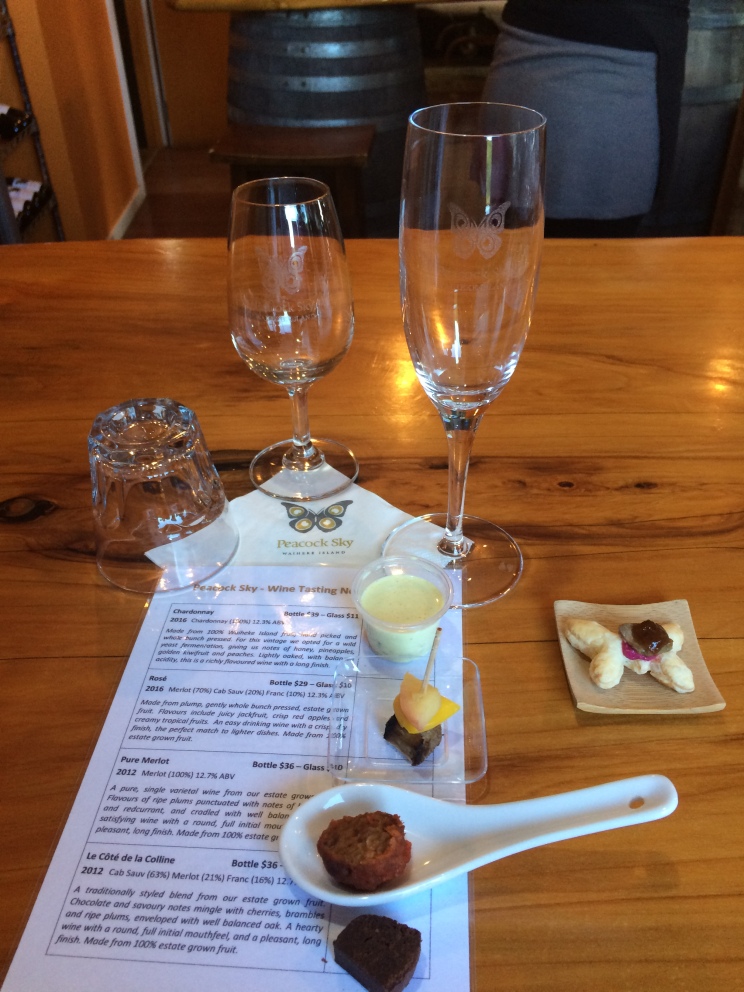 We hit another winery that is also a distillery – Dellows. So we tasted some wines, ate some bread and then did a couple of his fancy vodka shots. Because, why not? We had a barbecue lunch there, out in the sun, and loved it. Met some fun people – and some are local – we exchanged numbers so maybe we’ll see them again. Who knows.

Shortly after we got back from our day in the sun, we went over to Gracie’s friend’s house to see her off to the Year 7 Social! Here’s a picture of our sweet girl. They’re pretty much all the same, but I had to crop out the other girls. What I couldn’t get, without making these pictures GIGANTIC, was her black lace skirt and combat boots. She had a great time, danced with 23 boys (they go for quantity, not quality, at these socials, apparently), and one boy gave her his number. She hasn’t texted or called him – I think mostly because she didn’t even know his name until her friend Sapphire sussed it out for her… after the dance. 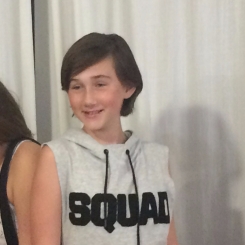 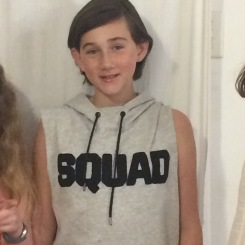 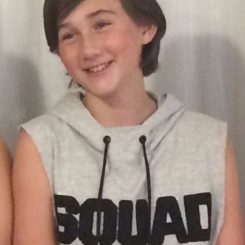 On Saturday, we went to the north of  Auckland – the North Shore and then parts nearby there – to visit with Clive and Helen. (Remember when my friend met a girl from Auckland who hosted us in Atlanta when her parents were in town? These are her parents.) We packed in SO. MUCH. STUFF. It was such a great day. Visited some beaches, walked through their neighborhood, which is a planned, mixed-use community and has a lot of very cool things (a farmers’ market, community spaces/parks, and a craft brewery on the way!). 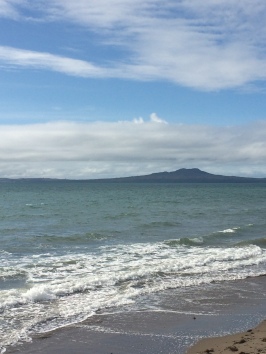 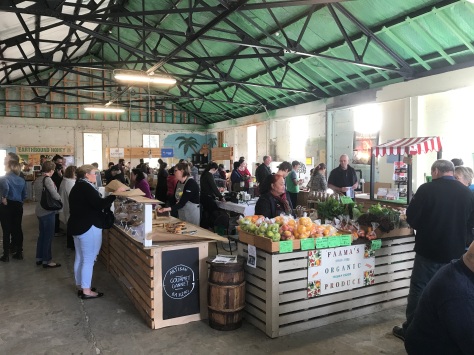 Then we hustled ourselves up to a high ropes/zipline course. The girls LOVED it. It terrified them at first, but then they got more confident and were zipping through it. Literally. It was especially cool to see, because Gracie is terrified of heights. But there she was, walking along a wire or hopping from platform to platform like a boss. 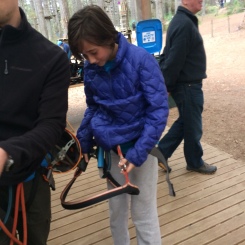 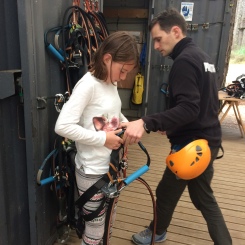 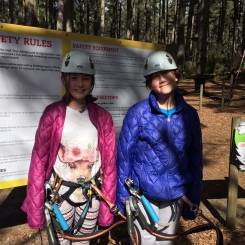 The girls had to unattach and reattach themselves at each juncture with their carabiners. Seemed *kind of* unsafe to let children be responsible for their own lives amongst the tree tops, but they did it. 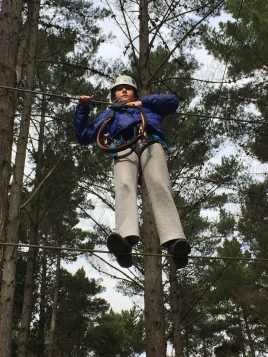 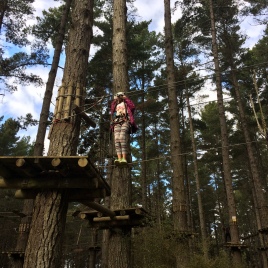 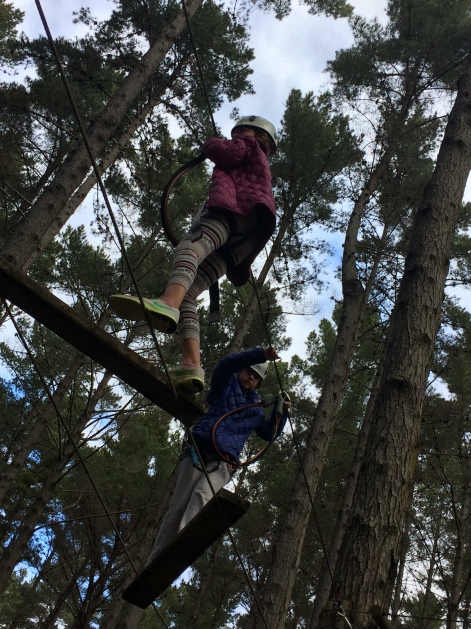 I don’t know if you can really appreciate how high up they were, but they were up there. Each course ended with a zipline – I posted the videos on Facebook last night.

It seems like every week we’re really pushing them out of their comfort zones and challenging them with new experiences and every single time, they just handle it. So proud of how these girls are getting through everything here. Yes, it’s fun, but it’s still all new and unknown and a little scary and they’re just doing it. We’re watching their confidence grow by leaps and bounds every day – it’s staggering to witness.

After Tree Adventures, we headed over to Muriwai Beach, one of the west coast beaches. This part of New Zealand is about 25 miles wide, so it was easy to get to both coasts. The coasts are so different – kind of like the West and East coast of the United States. The West Coast is rugged, more dramatic, and meets the Tasman Sea. The East Coast is a little more subtle and is on the Pacific Ocean. Pretty cool to be able to go from coast to coast in a matter of minutes. 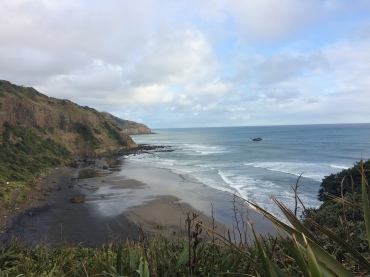 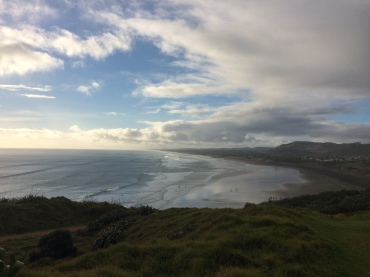 We caught a rainbow and also explored part of a cave as the sun was beginning to set. Climbing on the rocks, we found what I think are New Zealand Green-Lipped Mussels. They were actually really beautiful up close with a cool iridescence. I’m not sure that’s what they are, but it’s my best guess. 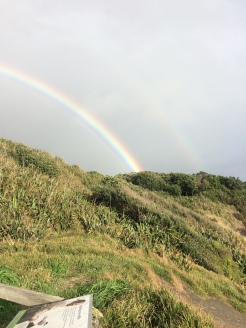 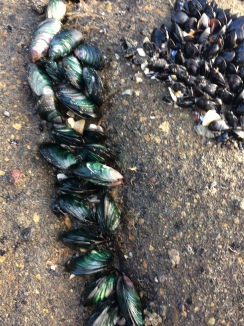 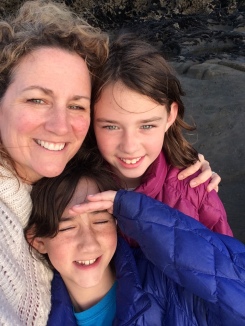 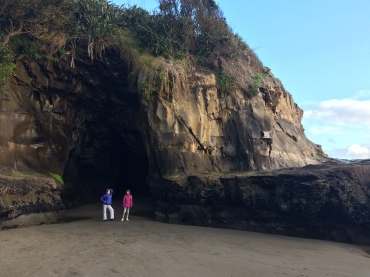 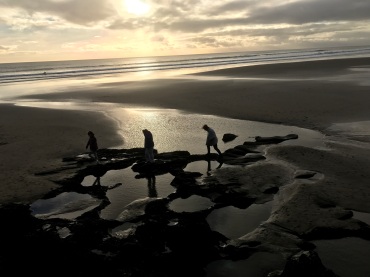 Went to dinner afterwards and what started out as a very unfortunate event for the girls turned into the score of the day. We think the kitchen forgot about their pasta. So to make up for it, they treated the girls to what can really only be described as their own personal ice cream sundae bars. 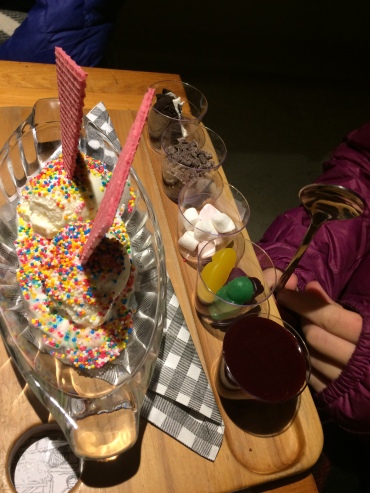 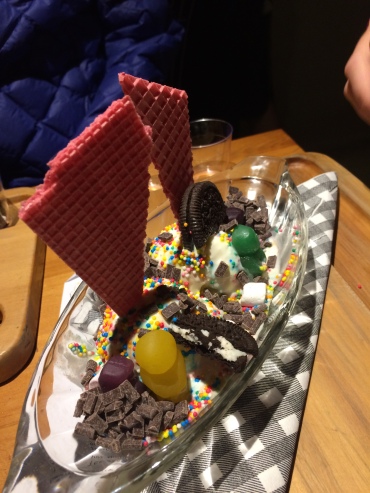 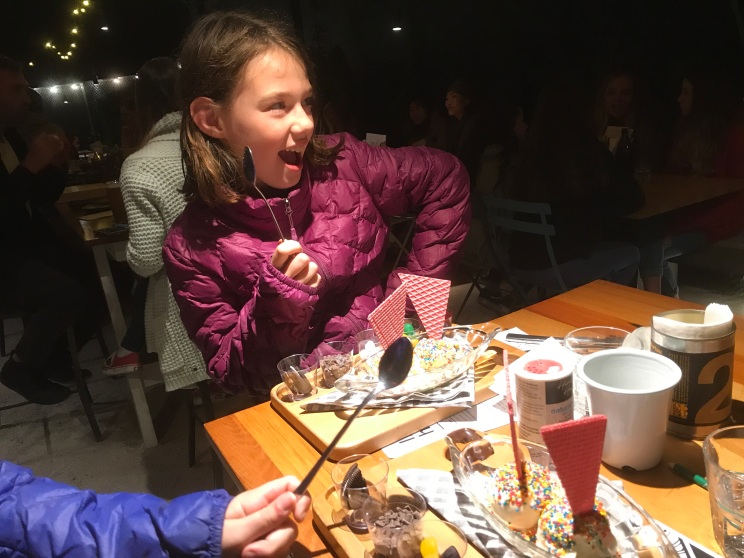 I feel like the apology was a *little* more than the situation called for… but that’s probably because I’m the mom.

Gracie’s got a 3-day weekend this coming weekend, so we’re heading over to the Coromandel Peninusla to show the girls that part of the country. If it doesn’t rain, it will be amazing… if it does rain, it could be long.

Will keep you posted.